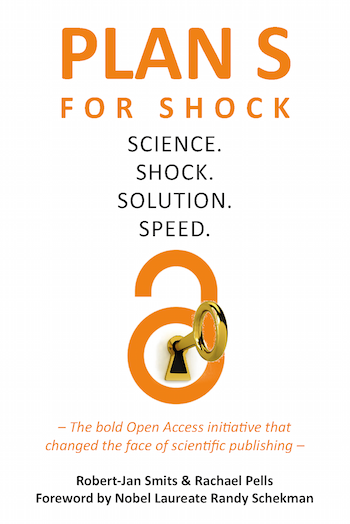 Plan S for shock: the open access initiative that changed the face of global research.

This is the story of open access publishing – why it matters now, and for the future.

In a world where information has never been so accessible, and answers are available at the touch of a fingertip, we are hungrier for the facts than ever before – something the Covid-19 crisis has brought to light. And yet, paywalls put in place by multi-billion dollar publishing houses are still preventing millions from accessing quality, scientific knowledge – and public trust in science is under threat.

On 4 September 2018, a bold new initiative known as ‘Plan S’ was unveiled, kickstarting a world-wide shift in attitudes towards open access research. For the first time, funding agencies across continents joined forces to impose new rules on the publication of research, with the aim of one day making all research free and available to all.

What followed was a debate of global proportions, as stakeholders asked: Who has the right to access publicly-funded research? Will it ever be possible to enforce change on a multi-billion dollar market dominated by five major players?

Here, the scheme’s founder, Robert-Jan Smits, makes a compelling case for Open Access, and reveals for the first time how he set about turning his controversial plan into reality – as well as some of the challenges faced along the way. In telling his story, Smits argues that the Covid-19 crisis has exposed the traditional academic publishing system as unsustainable.

An open-access history: the world according to Smits

In 2018, a group of influential research funders struck a blow in the decades-long fight to end paywalls in science. Peer-reviewed papers from research they supported must be made open access immediately on publication, they declared: free to read, download and redistribute.

This radical pledge, called Plan S, began to take effect last year. It is now supported by around two dozen funders, most in Europe. (One estimate of their influence is that around 12% of articles in the most highly cited journals acknowledge these funders.) Big names include the European Commission, national funders in France and the United Kingdom, the London-based charity Wellcome, the Bill & Melinda Gates Foundation in Seattle, Washington, and the Howard Hughes Medical Institute in Chevy Chase, Maryland. This has nudged many subscription journals into offering open-access (OA) publishing routes. But there is still a long way to go to eliminate paywalls, as Robert-Jan Smits, architect of Plan S, reflects in an insider account of his frenetic year putting the policy together.

The full review can be read here

This book is distributed under the terms of the Creative Commons Attribution + Noncommercial 4.0 license. Copyright is retained by the author(s)