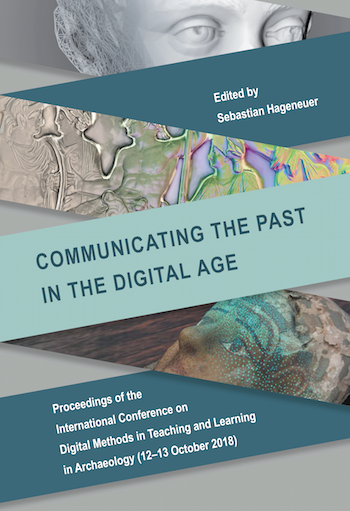 How to be a ‘Good’ Anglo-Saxon : Designing and Using Historical Video Games in Primary Schools

Over the last decades, digital games have become an important form of historical engagement, with a great potential to influence popular conceptions about the past (Uricchio 2005; Chapman 2012). In spite of the growing academic interest in harnessing this power for historical education, many questions remain unclear with regard to the representational appropriateness of the medium and the theoretical and practical problems involved in designing and using historical computer games in school classrooms. In this chapter, I would like to give an overview of a PhD research set to analyse the potential of digital games for historical education. Adopting a practice-based approach, this research was led by the iterative development of a series of historical game prototypes, designed to explore everyday life in early Anglo-Saxon Britain. At different stages of design, the prototypes were evaluated by historians, archaeologists and educators, moving at a later stage to their implementation and testing within the history curriculum of a key stage 2 school classroom (eight to 11 years old). In this phase, qualitative and quantitative data was collected following a pre-post test methodology. This methodology provided valuable insights into children’s previous assumptions and naive theories about the past, which were interrogated and in many instances challenged by their experiences within the game. Drawing from this process, this research has contributed to gain a better understanding of the theoretical issues involved in the design and implementation of historical game-based learning methodologies, making empirical connections between educational theory, historical learning, and game design.

Hiriart, J. 2020. How to be a ‘Good’ Anglo-Saxon : Designing and Using Historical Video Games in Primary Schools. In: Hageneuer, S (ed.), Communicating the Past in the Digital Age. London: Ubiquity Press. DOI: https://doi.org/10.5334/bch.k